One Penny Red: Up on the (Summer) Hill Where they do the Boogie

Yes, yes, yes we all know there is a housing crisis in Sydney, that no one will ever buy a house again, and that the next three generations are destined to spend their lives spack-filling holes every couple of years because one night they got drunk and threw caution to the wind and decided to hang that damned framed reproduction Tattinger print up on the wall of their rented terrace.

But if you think the property market is tough, try booking into any Sydney restaurant worth its hand-harvested truffled black sea salt on a Saturday night. Forget getting Australians into quarter-acre blocks, the Reserve Bank would have a good case to tighten up the money supply just to free up a few second-seating tables.

Take last weekend, when we suddenly found ourselves sans the Little Pricks, with the exception of Nick With a Fork, now quite the young teen and very enthusiastic for an “adult” evening out with all the semi-adult conversation we could muster. Dimmi was hopeless and phone call after phone call left us luckless both at regular favourites and want-to-tries. We may as well have rocked up to an inner-west house auction that morning with a pre-approved mortgage in the amount of exactly what the agent said the property “should go for”. Mercifully a helpful suggestion to try our luck One Penny Red in Summer Hill wound up securing us, barely, an 8:30 booking.

Any port in a storm, right?

Set up in a renovated Queen Anne post office building, a busy night at One Penny Red (it’s named after a stamp, apparently) feels like a party at the house of a prosperous mate who managed not to run out of gas half-way through his renovation. The joint is packed and buzzing with casually but well-turned out 30 and 40-something professionals who once upon a time would have been described as being in fair round belly with good capon lin’d – except this crowd has personal trainers to keep the capon from sticking. Out of an Uber and into an entry hall full of people waiting for their tables, chatting away over G&Ts and sparklings and smartly kept from obstreperousness by passing plates of salt cod croquettes brought (yum).

All a bit Woollahra of the inner-west, if you catch my drift. And that’s not a bad thing, either. 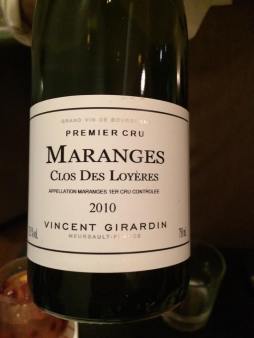 Once seated we are tempted by but ultimately pass on the “trust the chef” option: We love the “just feed me” thing that so many restaurants are doing these days, on a first visit we’d rather wander the back streets and make our own discoveries rather than take the tour bus that will take us all to the same hot spots.

Massive grilled king prawns are nice but don’t hold a candle to a zingy snapper crudo with hints of cucumber, lime and chili. A rabbit, pork and veal terrine knocks it out of the park (“Dad, you think we could make something like this at home?” asks Nick; in my enthusiasm I promise a weekend project involving a pig’s head). The plate, or plank to be more accurate, travels with a gang of crunchy little pickled carrots and radishes and other bits and bobs. Double the portion – or don’t share it with two companions – and add a glass of wine and you’d have a handy weeknight supper.

(While we’re on the subject of wines, there’s a helluva little list going with interesting and esoteric offerings from around the world as well as Australia. We grab a hard-to-find Premier Cru Clos des Loyeres at a reasonably sane mark-up for something of which there are only 130 cases in the world extant; our waiter in a moment of enthusiasm accidentally tops up our neighbour’s glass of shiraz with the stuff bottle but makes good with a couple of generous pours of Riesling to wash down our starter – all is forgiven.)

Mains – or “larger plates” as they are called, in keeping with current fashion – follow in their turn. A spatchcock carved up all cheffily and arranged on a parsnip puree is raised to some new height by Brussels sprouts done in duck fat which are very much worth fork-fencing over.

Duck two ways goes above and beyond the height of mid-1990s sophistication suggested by the name, even if it is let down by a breast that is just a bit too under for even our comfort, while a 650g ribeye is simple perfection. The “crispy spiced salt potatoes”, meanwhile, are the best damn spud in town this side of the Prick’s pommes puree, crunchy and fluffy Atkins-slayers

We are hit by a pang of menu envy as another group rears back in awe: their 2.5kg glazed beef shin rocks up, looking like the world’s biggest lamb shank with a Flintstone’s bone poking out the top, to many ooh’s and aah’s.

That’s the thing about OPR: the menu at first glance doesn’t sound massively adventurous, reading like the sort of stuff any reasonably serious amateur could do with a free afternoon on his hands. But it’s all done so well you can see they’re on a winner because it’s special enough to make it a night out, but approachable enough to make it a semi-regular destination.

Dessert? Banana fritters, lovely, apparently their signature, but  the house made ice creams – particularly the malt number – are the real winners winners, even for those of us without much of a sweet tooth. A 15-year-old Madeira on the table doesn’t hurt either.

We’ll be back. It’s a Prick’s birthday soon; one of those beef shins would look great with a birthday candle sticking out the marrow.

2 Responses to One Penny Red: Up on the (Summer) Hill Where they do the Boogie