I’ve Heard of “Long Drinks”, But This is Ridiculous

Not quite sure how I missed this, but apparently Ron Jeremy – yes, that Ron Jeremy – was in town the other night launching his new, branded rum: Ron de Ron Jeremy. The promoters of the stuff, distilled in Panama, claim a “long, smooth taste”. Promises, promises.

Several years ago, I interviewed Ron for a feature in one of the local ladies’ mags; we took him to Establishment and watched him work his magic with the ladies. It was great fun and he was actually very humble and pleasant to interview. Also interesting was the reaction of the guys, who after a hard day toiling in the nearby trading rooms of Macquarie Bank and elsewhere were suddenly confronted with a real, not figurative, B.S.D. They wanted to shake his hand and have their pictures taken with him even more than the girls.

I haven’t and likely won’t try the rum, but I also note that on the bottle, they’ve given Ron the Che treatment: 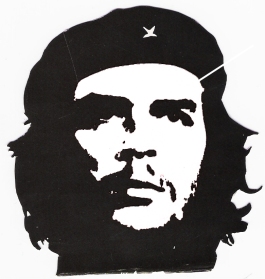 Which I suppose brings new meaning to the term, “dictator”.